The Effect of China’s Plastic Ban on EfW Plants

Where does recyclable waste such as paper, glass, aluminium and plastic go? On the most part it gets sorted at a Materials Recovery Facility (MRF’s) then gets sold on to processing companies that pulp or melt them down, back into raw materials to be used again in manufacturing.

Three years ago, two-thirds of the UK’s unwanted plastic, sent to processing plants abroad went to China; totalling half a million tonnes. But then, in January 2018, National Sword happened.

What is National Sword?

National Sword was put in place to ban imports of 24 types of waste material and set a tougher standard for contamination levels in others. The policy included limits on contaminated plastic, increasing from 95% purity to 99.5%.

Why was it put in place?

China has been the world’s biggest exporter of goods since 2009, shipping their goods around the world in shipping containers. For decades prior to National Sword, rather than sending these containers back to China empty, they were filled with bales of recycling. It became the most cost-effective solution and China was the biggest importer of waste.

National Sword was an effort to put a stop to overwhelming Chinese processing facilities with the rest of the world’s waste.

What has been the result?

The restrictions have had a major impact on global waste management. A minority of MRF’s have chosen to invest in sorting and cleaning technology so they can continue to trade with China. But for the majority, suddenly plastic that was previously sent to China can’t be sent anymore. The price for recycled plastics has dropped dramatically and not as many businesses will accept this material. So where can it go?

Whilst the amount of plastic taken by China dropped by 94% between 2017 and 2018, Malaysia, Turkey and Indonesia have become the front runners for picking up the slack and importing the UK’s plastic.

Another, much more un-eco-friendly option has been to send our recyclable plastics to pile up on, already full, landfill.

Or, finally, these plastics can be sent to Energy from Waste (EfW) plants in the form of Refuse Derived Fuel (RDF) – where it can be incinerated to help generate energy to produce electricity and heat.

The Effect on EfW Plants

The recent upsurge of plastic waste in RDF has caused the average calorific value (CV) to increase. This has proven problematic for EfW plants both in the UK and Europe. Ultimately, EfW plants are businesses that need to make a profit. On average, two-thirds of a plant’s income comes from waste gate fees. The remainder comes from the electricity it generates and sells on.

The higher the CV, the more energy generated in the incineration process, meaning a plant reaches thermal capacity a lot quicker. This restricts the amount of RDF that can be taken in, thus reducing gate fee profits.Anecdotally, plants have seen CV’s rise by as much as 2 Mj/Kg, this is about 20% more heat energy than the design point of the plant.

Western countries, who tend to be net exporters of plastics recycling, have seen a drop in demand for imported RDF from EfW plants in Northern Europe. With EfW plants all experiencing the same issues, they are consequently now looking for a blend of different types of waste to lower their overall CV.

Looking to the future, in a world where consumers are becoming more aware of theirenvironmental footprint, where single-use plastics became ‘word of the year’ in 2018, consumers can make a difference by buying less, or buying products that can be more easily reused or recycled. Governments can also put pressure on manufacturers to design more sustainable products and packaging.

For the EfW plants, they can look to lower the average CV by blending incoming RDF with other materials that are significantly lower in CV, such as sewage sludge or filter cake. A particularly good option for German plants, where the law on spreading sewage sludge on land has recently changed. However, sewage sludge needs to be handled differently (due to smell and potential health issues) and requires pumping and mixing.

Waste companies such as Andusia, are now working together with EfW plants to help reduce the CV of waste. As referenced in the recent Tolvik report, UK Energy from Waste Statistics – 2018, we have already seen an increased focus on plants managing the calorific value of waste. The composition of waste going forward will also depend on a number of factors including how individual Local Authorities respond to DEFRA’s Waste and Resources Strategy. 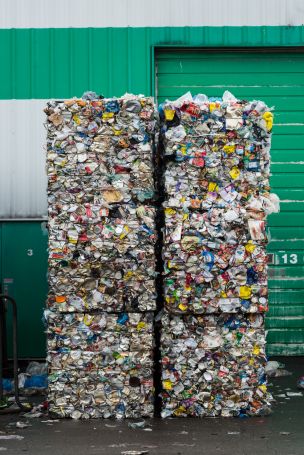