Plans for a €31-per-tonne tax on the import of waste into the Netherlands have been accepted and passed in the first stage of Dutch Parliament.

However, the Dutch Waste Management Association is hoping to lobby parliament to amend the legislation before a final vote next month in the Senate.

If the new tax proposal passes the Senate, it will come into effect from 1st January 2020.

Currently, the Netherlands is the largest off-taker of UK waste in mainland Europe and took in a total of 1.3 million tonnes of material from the UK in 2018 alone. The tax could have significant implications on the UK waste industry.

The change is expected to increase the cost of waste disposal for those in the waste industry that use incineration plants in the Netherlands. This will likely have a knock on effect, pushing up landfill prices and possibly leaving Dutch facilities struggling to fulfil capacity.

Andusia export to numerous markets throughout Europe and as such are confident in avoiding any disruption to RDF exports in the new year. Get in touch today to discuss your RDF requirements. 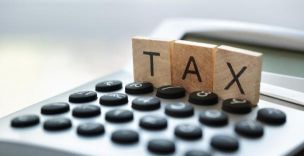