This month, Andusia are proud to be celebrating their 9th anniversary.

Since Andusia’s launch in 2012, the company quickly established themselves as the UK’s largest independent exporter of RDF waste across Europe. Nine years on and Andusia have extended their expertise and expanded into other areas of the waste industry – both in Europe and closer to home here in the UK.

Developing a strong supply base of UK waste management companies; and establishing long lasting relationships with some of the largest EfW plants in Europe, have been vital to the success of Andusia to date.

Director, Steve, said of the anniversary, “Looking back over the last 12 months it’s fair to say that it’s been one of the most difficult periods we have had to work through at Andusia, with both the pandemic, lockdowns and Brexit. However, after a difficult period it looks like some light is appearing at the end of the tunnel and we hope that normal service will resume towards the middle of the year. Our longer-term strategy remains unaffected and we will continue to focus on the developing UK market with both CHP and Hazardous Waste opportunities.”

Andusia have now exported 1.5 million tonnes of RDF, waste that has not only been diverted from UK landfill but generates electricity and heat for local residents in Northern Europe and Scandinavia. Throughout the Covid-19 pandemic, Andusia continued to work closely with UK waste suppliers and EfW plants. RDF export levels remained, managing to also secure numerous new contracts.

Andusia are also committed to supporting new UK infrastructure and are working with developers to bridge the gap between waste suppliers and plants. With construction scheduled for completion early next year, Andusia will be sole waste supplier to a new UK EfW plant in Newport, Wales. Supplying a minimum of 220,000 tonnes of RDF per annum under a 25 year deal.

From 1st January 2021, the UK left the EU. One foreseen burden on the industry was the requirement for additional Customs documents, leading to an increase in time-consuming administrative workload, further processes to manage and, if not managed properly, confusion. Andusia ensured they were fully prepared for the move and as such have been successfully managing the extensive new customs clearance procedures on behalf of its suppliers since the change. 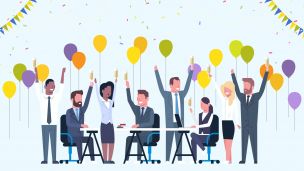